The Quest for Meaning

I am quite a devotee of Unity FM, the on-line radio station run by the Unity School of Christianity, an American church that propagates the teachings of New Thought. The church has been around for over 100 years, and as churches go it is on the extreme-liberal end of things, with openly gay clergy and a reasonably open-ended theology that encourages people to seek their own spiritual truths. The church exists more to encourage positive thinking and the cultivation of spiritual technologies such as prayer and reflection. Unity is the largest and most widespread of the New Thought denominations.
Their radio station is reasonably new - I think it's been running for about two years now - and for me it offers a fascinating insight into American self-help culture. I especially enjoy it when they discuss books, and one of the shows, Hooked on Classics, is devoted solely to the study of New Thought books, normally reading one particular title over a number of weeks in a kind of on-line bookclub.
The output of Unity FM is quite impressive, and I am invariably weeks behind in my listening. So it is that I've just finished Jim Rosemergy's book The Quest for Meaning, which was the book being discussed a couple of months ago!
Until then I'd never heard of Jim Rosemergy, a Unity Church minister who turns out to have been an extremely prolific author. This book is about the notion of vocation and mission, and how we might view our lives and our work as some kind of spiritual mission. Interestingly, at exactly the same time I have also been reading Micki McGee's academic study of self-help writing, Self-Help Inc., and in it she discusses this very trope.
As one would expect from the pen of a mnister, this book is overtly religious, and targeted I would imagine primarily at church members. He discusses the classic New Thought notion that we are all children of God, and that all of us are blessed with a special mission that we should do our best to fulfill. This idea is much older than Unity, of course - I can trace it back at least as far as Swedenborg, and almost certainly way before. At the end of each chapter he provides a series of questions for reflection and topics for prayer, a set of work he refers to as an "Adventure." This kind of structure is quite typical of self-help writing, though in this case a number of the questions were quite esoteric - sometimes almost koan-like.
Rosemergy quotes the special notion of mission that Unity Church's founders, Charles and Myrtle Fillmore, lived with. He includes their extraordinary "covenant" - a document they wrote together which set forth their life's plan and all that they were prepared to do to achieve it. This was written in 1892, and serves as an early example of the "mission statement" that all corporate entities are encoraged to committ to paper these days.
The Quest for Meaning is an interesting little book, and would fascinate a conventional theologian with its very specific - and very specifically New Thought - Christology.
Posted by Walter Mason at 4:36 AM No comments:

I've just read all the way through The Secret. This book will take up the entirety of the final chapter of my thesis, and it is a fascinating object of study.
Of course, part of its interest to the literary scholar is the fact of it being so excessively - and unashamedly - intertextual. There is really very little in the book that is original prose - most of it is quotes from motivational speakers, or excerpts from much older New Thought books. This makes it a treasure-trove for me, allowing me to mine it for its influences and its references, all of which it wears very much on its sleeve.
The Secret still manages to infuriate people, and whenever I mention I am working on self-help books for my PhD, 8 people out of 10 will bring up The Secret. Such a powerful cultural artefact is a rare thing indeed, and I am always fascinated to hear why people dislike it so. They have invariably never read it, and have no idea about the social, cultural and religious movements that inform its philosophy. But its enormous popularity seems to give people some sense of ownership over it, and everyone seems to have an opinion one way or another.
My take on The Secret? Well obviously I can't give a whole chapter's worth of critical analysis here (mostly because I am yet to write that chapter!), but I see it as a manifestation of quasi-religious faith, and hope for a pleasant future in a world that offers people very little of either. Most people that read and enjoy The Secret and view the movie do not, in my experience, belong to any particular church or espouse any particular religious faith. And so the message of The Secret is something quite new to them, and something to which they can respond positively.
When I was in Melbourne recently a dear friend told me that The Secret was listed on a website called Things Bogans Like, and I was fascinated by this. Because I think that this encapsulates a large part of why self-help - and The Secret in particular - is so derided in some sectors. It is consumed by working-class people, and speaks largely to their hopes and dreams. As such it falls well outside of what is designated as high culture - particularly any kind of literary culture - and so is still open to the kind of paternalistic condemnation that other genres were once subject to.
Posted by Walter Mason at 4:52 AM No comments:

The Science of Mind on Thought 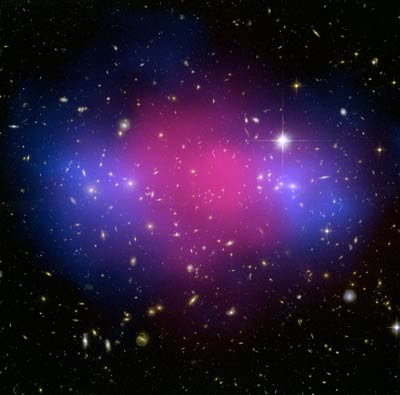 Posted by Walter Mason at 8:24 PM No comments: