Readers, I have had a rather dull and painful holiday period.

I had the flu most of December, and then in the final days of the year I had a tooth extraction which was rather traumatic and left me in horrible pain. I am still recovering from that. Rather unsurprisingly it has left me hesitant to go out at all, so I have been spending a lot of time at home, catching up on my reading and thinking about my creative life. Also, Sydney is horribly hot and humid at this time of year, so one doesn't really need an excuse to stay at home in bed with the aircon on.

One book I have been reading for an important creative reason is Jay Baer's Youtility. I really hope to have a couple of books out in the next 18 months, and I have been thinking about how I can build their marketing into the creative process itself. Baer's book just jumped out at me as the one to really inspire me to think laterally when it comes to marketing and promotion, and so far it is absolutely filled with good advice. It's all about attracting readers (customers) by being helpful and genuinely interesting.

Travel writing has been a favourite genre of mine since I was a teenager  - I suppose that is why I became a travel writer! One travel book that I have long been fascinated with is Patrick Leigh Fermor's A Time to Keep Silence, a wonderful account of a young man visiting monasteries in Europe. I have picked it up again because I have finally decided to write another book about Vietnam (I am quite excited about this) and this is really my inspiration. It is quite a perfect little book, and if I could write something even half as good as it I would be doing well.

And on matters travel, Charles Dickens wrote two travel books quite early in his career: American Notes and, later, Pictures from Italy. These are often collected into one volume, and I am reading such a volume right now. The main reason is because these two books together represent the Book of the Year for 2019 at the NSW Dickens Society - of which I am Vice president. But even more importantly, I have to give a talk on them on Saturday June 1, 2019. It is interesting to see how seriously he took travel, making sure that, almost as soon as he arrived in America, he was off visiting institutions and educational places so that he could report back to his readers in England about them. No hanging about in the hotel room reading a book for Mr. Dickens! 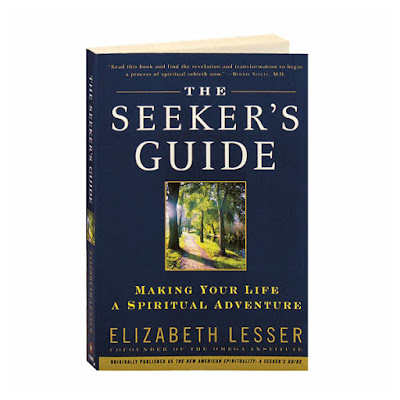 Some spiritual creative sustenance for me with The Seeker's Guide by Elizabeth Lesser:

"Some hear the word spiritual and are encouraged by its whispered promises of grace; others are threatened by it, afraid of looking too deeply at their own behaviour, the unlived parts of their life, and ultimately, death." 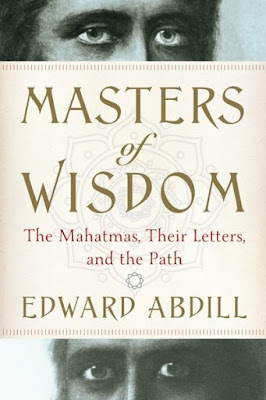 Another creative project I have begun researching in earnest is a book about the Ascended Masters, and to that end I have been reading an utterly fascinating book called Masters of Wisdom by Edward Abdill. Its subtitle is: "The Mahatmas, their letters and the path," and it is a brilliant read combining occult wisdom, historical gossip and some really deep-seated exploration of figures (and ideas) that very few people know about anymore.
Posted by Walter Mason at 10:45 PM No comments: