Teaser Tuesdays is a weekly bookish meme, hosted by MizB of Should Be Reading. Anyone can play along! Just do the following:

• Grab your current read
• Open to a random page
• Share two (2) “teaser” sentences from somewhere on that page
• BE CAREFUL NOT TO INCLUDE SPOILERS! (make sure that what you share doesn’t give too much away! You don’t want to ruin the book for others!)
• Share the title & author, too, so that other TT participants can add the book to their TBR Lists if they like your teasers!

"One of the most important requirements for success, once you have decided what it is you want, is the quality of willingness. Successful people are willing to pay the price, whatever it is and for as long as it takes, until they achieve the results they desire." 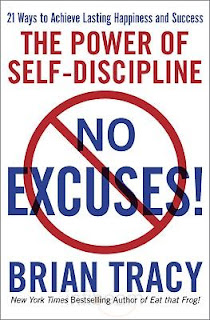 Posted by Walter Mason at 11:00 PM No comments:

The Magic of Believing

One of my claims about the self-help genre is that, broadly speaking, it attracts the same breadth of writing skill as any other genre.
That is to say, there are some badly written books and there are some well-written books and a great deal of books that fall somewhere in the middle of that spectrum. And while haters of self-help would like to believe that it is the last refuge of the talentless, in fact many self-help writers (including many of the most famous) are quite accomplished craftspeople capable of expressing their ideas clearly and concisely and possessed of a talent for anecdote and clear expression of metaphorical meaning. Many self-help writers succeed where some novelists fail - they are capable of writing about lofty subjects without appearing pretentious, preachy or moralistic.
One of the books that I rate highly for literary merit is Claude M. Bristol's classic The Magic of Believing. It is such a charming book  that I defy anyone to read it and not be a little convinced by his theories, or at least taken in by the wonderful stories and examples he gives in support o of his thesis. And what is his thesis? That anything which we truly believe is capable of being achieved. It is not willpower, talent, luck or any other external condition that is essential to success. It is a firm belief in the achievement of our goals that ultimately leads us straight to them.
Originally published in 1948, The Magic of Believing was written by an old-school journalist who had served in World War Two but who had for many years harboured a secret interest in Theosophy and New Thought. He condensed his ideas down into this wonderfully readable little book which details how he came to his belief in the efficacy of mind power, and also the other people he has encountered in his life who have used the power of belief to create a life they love.
He peppers the book with hints as to how we can remain resolute in our belief in our success. He advocates, for example, the doodling of dollar signs in idle moments, in staring at yourself in the mirror and asserting your authority and power, and in writing down your goals and dreams on cards and putting them all about the house so that you can read over and reflect on them at any tiome. These self-same techniques are still taught today in self-help books, though people rarely acknowledge Bristol as the originator.
And in truth he probably wasn't the originator of most of the self-help techniques he espouses in The Magic of Believing. Right from the beginning he acknowledges that everything he presents has been learned somewhere else. The card technque, for example, dates back to the advice of Benjamin Franklin and the use of affirmations in front of the mirror has its roots in the techniques of French psychologist Emile Coue.
Bristols's great talent was in making many of these quite hoary old ideas seem fresh and accessible. He also imbues his writing with a pally and often funny masculine swagger, making some of his more implausible claims seem like commonsense.
He is a great one for employing the tropes of science, as was popular among all witers of his day. He is very impressed, too, with what was then the fledgling science of psychology, and claims that all of his assertions have a sound grounding in psychological study.He also posits hinself as something of a skeptic and a sophisticate. His world-weary tone was probably cultivated during his years as a police reporter, and he brings the same hard-boiled language to the ideas of New Thought and self-help, making The Magic of Believing quite a unique sounding book.
Donald Meyer, in his 1965 book The Positive Thinkers, described Bristol's book as  having:

"...mixed Eddington, Freud, psychosomatics, electroencephalography, telepathy, Emerson and a host of other sources into his explanation of all events whatsoever as "mind stuff," hypnotism and suggestion."


The book was also a favourite of Phyllis Diller, as you can see in this clip:

Posted by Walter Mason at 4:54 AM No comments: